The Demise of Physical Banking

The traditional way of banking is under threat due to the changing consumer behaviour we are currently witnessing. In this blog article bestselling author of Bank 2.0, Brett King, shares some fascinating facts, figures and future insights with us, as banks all around the world announce branch closures.

The gut feeling in many boardrooms today is that the branch is under threat from changing customer behavior, even in the coveted wealth management and private banking space.

It seems like everywhere we turn the effects of mobile devices, tablets and the Internet are being felt on traditional businesses that have long relied on a physical presence. But does that correlate with banking and the metrics around branch activity?

This year Bank of America announced it was closing up to 10% of its branches (up to 600 possible closures), HSBC USA said it was selling off 195 branches to First Niagara, and as JPMorgan Chase digested the acquisition of Washington Mutual, we saw 300 branches go the way of the dodo.

In the United Kingdom, Royal Bank of Scotland, Northern Rock, Lloyds and HSBC are all reducing branch numbers. Lloyds has been trying to sell 632 of its branches now for close to 12 months at the asking price of approximately £4 billion, but has been unable to find serious interest. Back in the U.S. meanwhile, JP Morgan Chase announced in June it was planning on opening some 2,000 branches. It was no surprise, given the continuing economic malaise, when Chase backpedaled on those plans in its earnings call last week.

Banks are not immune to changing consumer behavior. Today the biggest seller of books in the United States is Amazon. The biggest distributor of music is Apple. Ten years ago this would have been unthinkable. Record labels, movie studios, booksellers, video rental stores, and others that relied on physical distribution models have been decimated. Borders, Blockbuster, MGM, countless newspapers, video post-production companies, and photofinishing facilities have been rendered obsolete.

The argument I hear about why this can’t happen in banking is that banking is a regulated sector, protected from threats like Amazon and iTunes. You need a banking license, right?

Yes, you do, but this won’t protect you from the fact that consumer behavior is shifting as a result of better, faster, simpler distribution methods.

Firstly, consumer choices are not driven by whether or not you are in a regulated industry. If Borders were in a regulated industry, do you think you could force consumers to keep coming into bookstores? The RIAA and the MPAA tried with all of their legal might to stop competitors in the movie and music businesses (starting with Napster) and hundreds of millions of dollars later they had little to show for it.

Are there people who still prefer going into a bookstore? Sure, but that didn’t save the economics of book sales.

Secondly, the facts are brutal when it comes to declining branch activity. The American Bankers Association reported in 2008 that the Internet had surpassed the branch as the channel of preference for day-to-day banking, and the branch’s decline has sped up since then in favor of mobile and Internet, with no signs of slowing.

Novantas reported this year that average transactions per branch per month dropped 25% from 2006 to just 8,550 in 2010. Extrapolate that out to 2015 and you’re looking at 56% decline in monthly average transactional activity in the branch aggregated across the continental U.S.

Combine that with the effects of the Durbin rule (including new fee regimes) and the presence of alternatives like PayPal, Google Wallet, BankSimple, my company Movenbank and prepaid debit cards, and it becomes clear that it’s unrealistic to expect the branch decline to be arrested.

Let’s be brutally honest. The economics of “physical” retail banking have been under threat for some time. With that 56% decline in transactional activity from 2006 to 2015, we’re realistically looking at a reduction of teller staff by at least 50%, likely resulting in branch closures to the tune of 30% to 50%. Additionally, technology improvements are making tellers more efficient, so there’s even greater pressure to reduce staff in branches. At a minimum, the current economics of branch banking are simply defenseless, and investing in expensive real estate is simply not going to bring in new customers or revenue significantly enough to pay. It’s just not how banking works these days.

If you are skeptical, try this simple exercise. Find out the average number of visits per customer to your bank branches in 2000, and compare that with 2011. Exclude ATM visits. That will tell you everything you need to know.

You can argue that your branches have a mix of transactional banking and cross- or up-selling. You can talk about the quality of customer experience or cite demographics. But the conclusions are unavoidable. Branch banking is economically unsustainable.

When I’m asked “How do we get customers back into the branch?” my answer is simple. How would you get them back into a Borders or Blockbuster?

It’s not just branch activity that is a victim of this change. In 2000 59.5% of retail payments were made using a check. Today that number is less than 4%, according to the Federal Reserve, NACHA and the National Retail Federation. We’re also using hard currency less with a 17% decline projected between 2010 and 2015, as debit and credit cards increasingly change our behavior at the point of sale. The emergence of the mobile wallet will only accelerate this shift.

The bank is no longer a place you go. Banking has becoming something you do. It is now contextual, and measured in terms of utility – how easily someone can use bank products or services to accomplish a task like shopping, traveling or buying a car or a home. The more a bank insists on physicality, the more it risks becoming irrelevant to customers who no longer cherish the traditional processes and artifacts. In just four years, that will be the vast majority of your customer base – not a marginal demographic, as some would prefer to believe.

Get ready to downsize – fast. 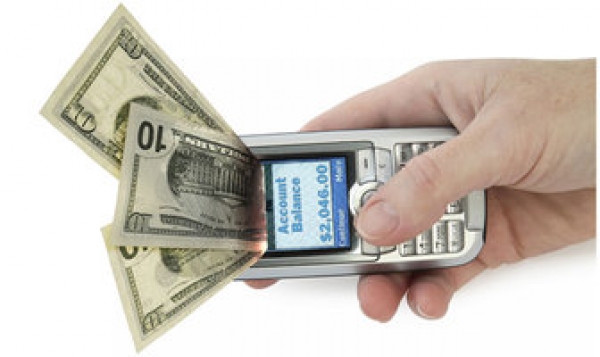 The Demise of Physical Banking