Why Are You Doubting Yourself?

Have you ever heard your internal voice filled with doubt, or had a vicious critic inside your head? You’re not alone! These voices, as well as the internal dialogue of anxiety and fear is what can crush or block so many people and… if you let them win…will stop you from doing what you know is needed to be successful.

The good news? This voice is not you. It's acquired. The only reason anyone can consider themselves ‘less than another’ is due to an internal idea they have of themselves as small, insignificant and worth less than others. What is this voice then? Where does it come from?

It’s a bunch of things of course.

We are all subject to social and parental influences, cultural patterning, religious conditioning, education, personal trauma, assumptive reasoning and so on. In other words it’s how we learn to think about ourselves and what we can and cannot do. What we think we are allowed to do or not do… what is known as your ‘rule’ structure.

This structure forms into beliefs that translate into behavior that become bound by context. It’s how society organises itself. These rules are largely unwritten. Think about how teenagers organise themselves… rules for cool, rules to be in-the-group or excluded.

Often some of your ‘beliefs’ can turn into limiting self-talk, a reduction of self and a slow erosion of self worth. How you think you look, you views on your intelligence, your value (including financial worth), your sense of your own ability and so on can be distorted by negative self-talk. Often though, negative self-talk is subtle, not that apparent. This ‘voice’ is like a lizard on your shoulder. Whispering doubt and self-criticism into your ear. Do you recognise your lizard?

How does this relate to work and being a pharma representative in particular? Firstly you’re representing products and services to a customer and selling is an ancient function… you’re the go-between for ‘a business’ and ‘a customer’.

So how you define yourself, as a representative, could (and most likely is) influenced by some self-imposed limits – some lizard stuff like “I can’t do this…”, “I can’t approach these people directly…”, “What if they don’t like me…”, “These targets are too high, I couldn’t possibly achieve this….”, and so on. Of course some of these thoughts are appropriate however some may be you ‘playing small’ by believing the lizard. It’s time to hear the lizard and take charge of your inner voice and generate productive statements.

A way to think about this is… if you won $5 million in the lottery….and, you chose to stay in your current role…. would the way you approached clients, opportunities, people or situations change? Would you have more courage, be more inventive and more enterprising? Therein lies a clue to your potential. This is not a trivial idea. It is the lizard of fear that keeps us small.

So how do you manage your lizards? In a word – vigilance.

As someone once said “you are greater than you know, more beautiful than your realize, more valuable than you could dare to hope, richer than money or gain’. The lizard can’t cope with that philosophy. 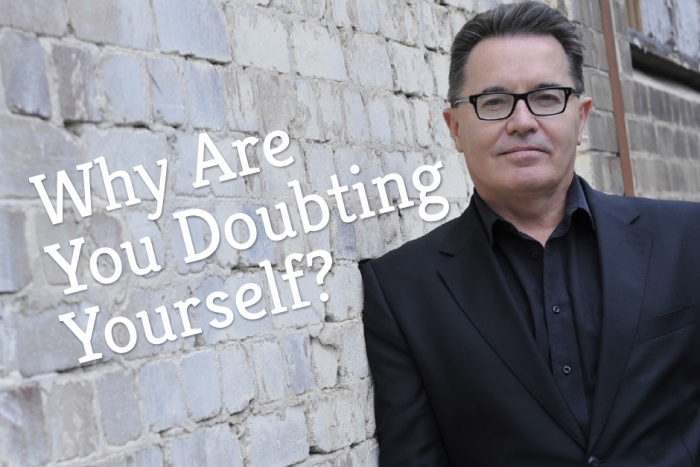 Why Are You Doubting Yourself?