Sustainability and climate change are becoming increasingly important issues for humanity's longevity on our beautiful planet. I'm writing this in Sydney, Australia where we've seen many months of the worst bushfires Australia has ever had, followed by flash flooding in the same areas. And there have been many other natural disasters in other parts of the world too — most recently devastating floods and ice in the UK, where some areas have experienced a month's worth of rain in 24 hours.

A few weeks ago, I heard from a colleague in the US who was taking a vacation in Florida, about how unseasonably cold it was, and that iguanas were falling from trees! They were cold-stunned and laying on the ground.

There's no doubt in my mind that the temperature and climate around the globe is changing.

But, confusingly, there doesn't seem to be a consensus amongst climate scientists as to what's happening, how quickly the climate may change, and the extent that human activities have impacted these changes.

However, one thing is clear to me in reading all the science reports about sustainability and climate change is that there are a couple of really key things that are going to impact the world's temperature and weather: carbon dioxide (C02) and methane.

What that means is that as humans, we actually have the ability to start changing some of our habits, so that we can help our environment and perhaps stave off what may be a planetary disaster.

One of the ways that we can help is to start investing in, and deploying, some really interesting new renewable technologies as alternatives to carbon-emitting fossil fuels. In many parts of the world we've already started to deploy solar and wind power, but this is just the beginning of alternative energy usage.

Have you heard of Blue Energy where several methods can be used to capture the kinetic energy from where a freshwater body meets a big ocean or saltwater body? Imagine a hydroelectric plant powered by saltwater. It's a renewable resource that will never run out, is not subject to weather or seasons, and the main waste product is brackish water; water that is slightly saltier than freshwater, but less so than saltwater.

This is just one example of cutting-edge renewable energy sources that I've been investigating.

Another thing that we can look at, and this may sound really strange to some people, is our consumption of livestock. As we raise increasing numbers of livestock to feed humanity, we're actually contributing to the climate problem because these huge herds of livestock emit methane. Scientists are already talking about ways to reduce livestock greenhouse gas emissions, but in the interim small changes to our diet can also have an impact.

When it comes to climate science and sustainability there are a lot of controversial and conflicting views, and it's one of the key topics that I'll be researching as part of my 2020 speaking stream. I look forward to sharing my findings with you! 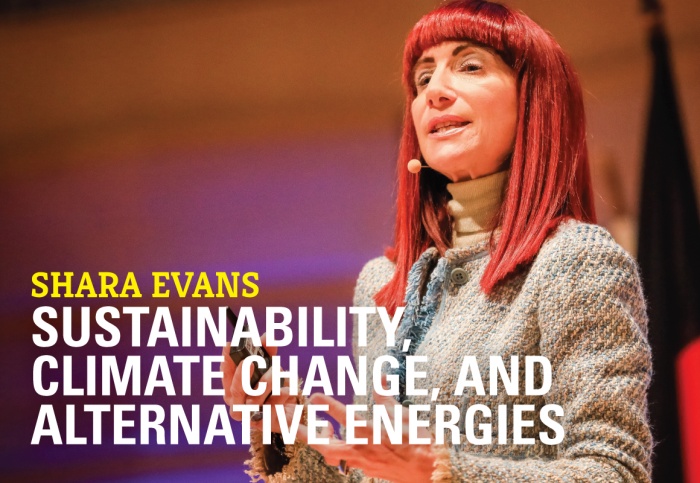