How Walmart's Green Performance Reviews Will Change Retail for Good

The pressure on Walmart's suppliers to green their operations is rising. Walmart's procurement managers, also called merchants, are now being incentivized to choose greener options, with sustainability playing an increasing role in their performance reviews (which help determine pay raises and potential for future promotion).

This is a big deal: these merchants are high-level managers responsible for multibillion-dollar buying decisions. They're the people who determine which products appear on the shelves of the world's largest retailer.

Some quick background: Walmart deserves praise for its industry-leading sustainability successes, such as improving its fleet fuel efficiency by 69% and becoming the nation's leading commercial buyer of solar energy. The company's most important sustainability initiative — the pressure it puts on its 100,000 suppliers to improve their environmental performance — has changed how thousands of products are made, packaged and sold.

For the past five years, Walmart has built sturdy scaffolding around what could be a world-beating green supply chain, including:

But greening its supply chain has been a tough task. Suppliers have repeatedly voiced one critical and legitimate complaint: Walmart's merchants don't really take sustainability into account when they make buying decisions. This flaw in Walmart's green supply chain program has threatened to undermine the foundations of a highly-touted and important initiative.

In essence, the suppliers and other stakeholders have told the company, according to Walmart's Sustainability director Jeff Rice, "It's great to ask your suppliers questions, but it only matters if you do something with the information." In their view, the company has continued to choose the products it sells primarily on price.

But now, in addition to Walmart's long-standing, laser-like focus on cost, its merchants will have to consider sustainability in their buying decisions — or risk a weak performance review. And all because of a simple shift in incentives.

Jeff Rice gave me a great example of how this change is already working, in the form of how Walmart selects the personal computers it sells. Laptops use a lot of energy over their lifetime, and a big driver of energy use is the default setting on power management. These settings determine how fast (if at all) the computer goes to sleep or when the screen dims. Using the index scorecards I mentioned above, Walmart's laptop buyer identified energy use as the biggest determinant of the computer's total lifecycle footprint and emissions.

The buyer then discovered that only 30% of the laptops sold at Walmart ship with the advanced energy-saving settings in place. To compound the problem, the company's research shows that most consumers leave such settings at factory default. So the laptop buyer set a new goal for herself: to increase the percentage of laptops sold with the advanced power settings from 30% to 100% (which she reached this year). This single product shift will reduce CO2 emissions by hundreds of thousands of metric tons and save customers money on their electric bills.

Rice told me that performance evaluations for buyers only include a handful of targets, and all are discussed thoroughly at annual reviews. Sustainability performance won't determine the entire evaluation, of course, but it's high profile enough that it should affect behavior.

Incentives matter and cultures shift over time. Hard-won operational changes like modifying performance reviews may not be sexy, but the results can be profound. And when it's the world's largest retailer changing its buying criteria, the ripples will likely be felt around the world. 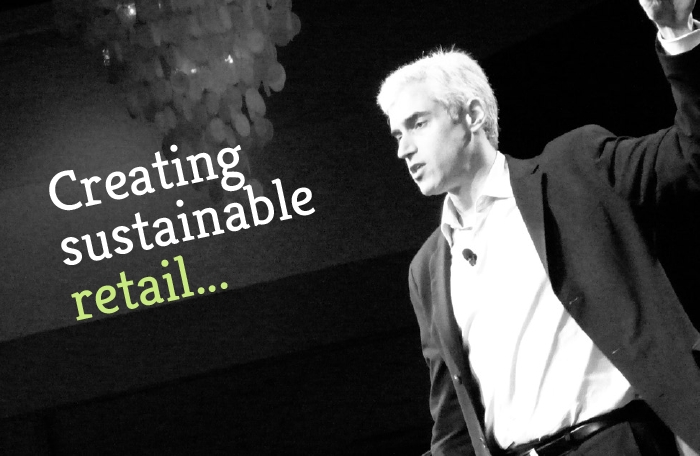 How Walmart's Green Performance Reviews Will Change Retail for Good