2013: Which Industries are going to boom?

in 2013, retail, housing and finance should do well, sparked by lower interest rates and still low unemployment. Construction should start to turn higher, but manufacturing and tourism may well remain soft. The strong Australian dollar will not help. Mining will remain hostage to the world economy and that is looking problematic with China slowing, Europe in recession and the US still fragile. Don't bank on the boom in mining continuing.

The Australian economy is approaching the end of 2012 in solid shape. Economic growth is solid at around 3%, the unemployment rate is around 5.5% and inflation is comfortably within the Reserve Bank's target of 2 to 3%.

These are good fundamentals that have rarely been seen together over the past 30 or 40 years and that almost no industrialised country is now experiencing. Times are good.

It has been clear for some time that the mining sector is booming, while retail activity, the agricultural sector and transport are strong. These buoyant parts of the economy are being offset by weakness in manufacturing, tourism, education and some parts of banking and finance.

Across the States, the Western Australian economy is experiencing a growth surge that would put it on par with the growth rate recorded in China. At the other end of the scale, Tasmania and Victoria are experiencing subdued economic conditions and the other States are somewhere in between.

The challenge for the Government, the Reserve Bank, businesses and consumers is to sustain the overall pace of economic growth over the next few years and to help the weaker sectors of the economy to improve.

This is where the recent round of interest rate cuts is extremely helpful. Borrowing rates for mortgage holders and small to medium sized business are currently very low. This is freeing up cash flows and in time, will support a lift in borrowing, investing and overall economic growth. It is clear that the current level of interest rates is providing support for the economy as we move into 2013.

While the Reserve Bank has been cutting interest rates, the Government has been moving the budget back to surplus. It is doing this by implementing some of the biggest cuts in government spending ever seen. While these cuts will no doubt take some activity out of the economy for some time as the return to surplus continues, the offset of lower interest rates should keep the economy close to an even keel. There are even signs of a turn higher in the housing market with new construction rising.

Amid all of these developments, the Australian dollar remains strong. While an elevated Australian dollar is great news for holiday makers and those people buying imported items, it has a down side in terms of hurting local industry that relies on exports or indeed competes with importers. The strong dollar is a fundamental factor behind the weakness in manufacturing, tourism and the education sector. For the neat term the Australian dollar is likely to remain strong.

All up, the Australia economy looks like remaining a world beater into 2013. Sure there are risks. If our major trading partner, China, experiences an economic downturn, Australia will be caught in the backwash. So too are there risks from Europe where the recession continues to dominate market sentiment.

If these issues do not materialise of indeed, if the world economy can kick a little higher in the next 3 to 6 months, the Australian economy will record yet another year of economic growth with low unemployment and well contained inflation.

It is a good story and there are reasons to be optimistic. 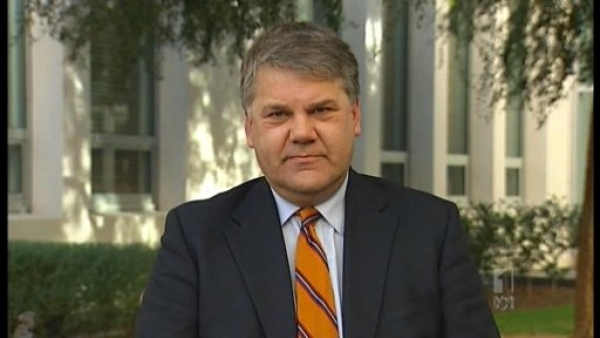 2013: Which Industries are going to boom?