The housing market has hit the wall.

After years of unrelenting strength, house prices are dropping. Not by much, at this stage, but the heat in the Sydney market in particular, has suddenly turned cold.

The fascinating and scary thing is that the price falls are increasingly widespread.

For several years now, house prices have been dropping in Perth and Darwin as the impact of the mining investment slump has bitten. Prices in these cities are still weak.

Prices also appear to have stalled, perhaps fallen, in Melbourne. While it is early days in that cycle, Melbourne house prices are close to 1% from their peak in December. Some caution is needed in interpreting this fall as the market normally cools down over the new year break, but suffice to say, a dip in auction rates and a surge in new supply are pointing to some downward price pressures.

This begs the obvious question, "should we be worried?"

The short answer is "no". House prices, after all, haven risen around 100% in the past decade so the current pull-back is small beer.

The long answer is a bit more complex.

There is a great saying that "a march of 1,000 miles begins with a single step". This is meant to convey the risk to the economy that would occur if prices were to drop, say, 10% by the end of 2018 and even more after that.

The global financial crisis showed how house price falls in countries such as Ireland, the US, the UK and Spain dragged the banking sector into collapse, consumers into default on the mortgages and as a result, nasty recessions unfolded which saw unemployment rates skyrocket and each economy fall into ruin.

This scenario remains unlikely in Australia as the house price falls are not yet extreme and bank bad debts are currently well contained because the jobs market is reasonably strong, people are earning money and still servicing their mortgages.

But if we were to see prices drop sharply over the next year or two, it would be all bets off and Australia would be in serious economic trouble.

This is when we would see interest rates cuts to near zero, the budget deficit and government would explode, the Aussie dollar would fall away and general misery pervade the community.

Not a nice scenario, but one which businesses and investors need to have at the back of their minds as house prices take another step on that 1,000 mile march. 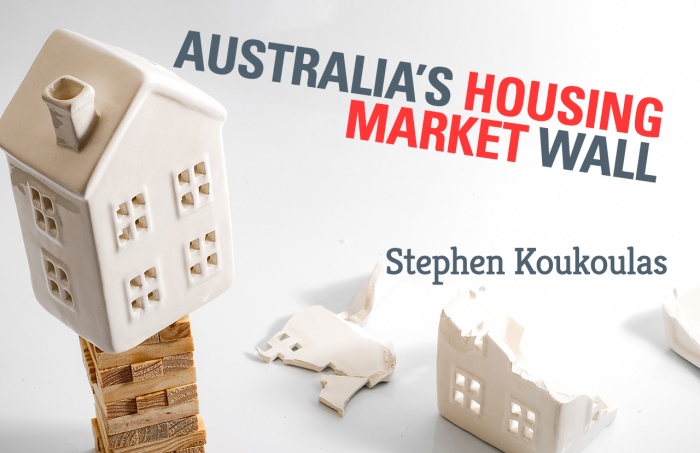 Activate a state of calm courage