Be A True Hero

Yossi Ghinsberg’s tale of survival has inspired audiences all over the world. Having been separated from a group of travelling friends, Yossi was left to fend for himself for three weeks in the harshest environment on earth, the unchartered Bolivian Amazon. With no food and no water, Yossi discovered an animal strength, an innate desire to live that has changed his outlook on life forever.

In this short interview Yossi gives us an exclusive insight into why he took that treacherous journey, his darkest moments and how he pulled through in the hopes that we can each take away a lesson in resilience.

So, Yossi, how was it that you came to find yourself in the depths of the Bolivian Amazon?

I had just finished my military service and I had a real desire to go out and see the world.

I met an Austrian geologist in the markets of LaPasse, and he told me about an expedition he was organizing deep into the uncharted Amazon of Bolivia in search of gold in a very remote river. On the bank of this river there was supposedly a tribe, the Toro Monos. They were apparently the best guides and they were going to guide me to this gold!

It was perfect, this was the perfect adventure, just what I was looking for and so I just had to follow him. I brought two other friends and for months, we hiked after him deep, deep into the uncharted Amazon. The adventure was immense, but little did we know that he wasn’t a geologist, there was no gold.

Lots of really challenging things happened on a very personal level, before I even got lost! I faced some very dark moments. There were fights over leadership, tension between who was helping, who wasn’t. It brought out the very worst in me, I was weak, I wanted to give up but I didn’t dare share these thoughts and so I struggled on.

I discovered that I’m not always there for the ones that need me and that was very painful. Looking back now, this was one of the most transformative things to happen to me. I no longer had to deny who I was to myself, once you meet the darkness, so to speak, you can bring the light.

How was it then, that you became separated, how did it go from being this group of travellers to being you on your own?

One of our group couldn’t take the journey, he was too weak and sick so we had to turn back just days away from our destination.

On the way back, we built a raft and on the raft, we just couldn’t handle it. The tension was too much, the river was too dangerous and then we made a terrible decision. After four days on the river, we decided to split.

And so, once you made this decision what then happened, did you just peacefully go your separate ways?

Two of us split off from the group and decided to continue our journey on our own raft. But then I had an accident in the river, we fell down a waterfall, we lost each other. I was now completely alone.

At that point I didn’t know what happened to Kevin. I was taken by the river very fast. The raft broke to pieces. I lost all of my equipment.

By the time I managed to get out of the river, it was dark outside. I lost everything. I had just the clothes on my body, nothing else. For four days, I had hope. The hope was that Kevin survived and we would reunite. For four days I was hanging around the cliffs, walking up, screaming, calling him. After four days, I realized that if Kevin didn’t make it until this moment, then it was over. I knew he had died.

That was a devastating moment in my life.

An airplane passed in the sky and gave me hope of redemption. I believed that the airplane would see me and that I would be saved and that all of this ordeal would be over. So I ran, I screamed, I jumped up and down in the hopes of being seen but the airplane was completely oblivious to me.

At that moment, I just couldn’t take it anymore and I collapsed. And with that collapse came a huge release of tears. And from that moment, suddenly something opened inside my heart and I started praying “Please let me die.” I didn’t want to live anymore. I wanted to die. I gave up on life.

But you didn’t die and you didn’t give up, what was it that got you through that dark time?

A young woman appeared next to me, completely out of the blue. She was lying in the mud and sobbing; obviously it wasn’t possible, it wasn’t real.

On the second night, I made her a place to sleep next to me. I told her, “Come closer,” so we hugged each other. And then, I saw that I was hugging nothing. There was nobody there. I thought I’d gone insane!

Why do you think this vision appeared to you, whether it was real or not?

I believe it was to show me my own strength. I couldn’t help myself any more. I chose to give up on myself. But the moment that I was responsible for somebody else, somebody that was weak, and somebody that needed me, outside of myself, I found the strength to take care of two people. That’s strength. As long as you take care of yourself, you’re limiting yourself. The moment you give it to somebody else then you see what real strength is.

You speak a lot to corporate audiences, how do you think your message of survival and strength applies to the business world?

I teach my clients and audiences that successful business is not about thriving and seeing somebody else going down. Those two things are not mutually exclusive.

Old school competition is based on the false idea that resources are scarce. If there’s not enough, let it be mine and you die. That’s competition. That’s what we are brought up believing in a business sense. But that’s the wrong value.

Can you give me an example looking at, say, telco providers. There are obviously a lot of phone providers; Virgin, Optus, Vodafone etc.

My message is that, instead of focusing energy on taking the competitor down, make sure you bring something unique and true to the market. The best customer service, a really great business plan, a strong self image. There are over 6 billion people on the planet, there is abundance!

Besides your message of strength and abundance, what do you think is the most powerful message you teach?

I think the most powerful piece of knowledge that I teach is that nobody needs a course or a lesson in how to survive. We all know how to survive. If I put anybody in the Amazon now, after seventeen days they would be killing snakes and eating them. They would be climbing trees and doing whatever it took to stay alive. Surviving extreme conditions isn’t the most heroic thing, because that’s just nature kicking in.

The real heroes are the day to days, the mundane heroes. The big deal is the day to day. Go be a hero on a day-to-day basis. In the grey, going to the office, doing your job, dealing with difficult clients. Kick your survival instinct into play in those circumstances, that’s the real heroic stuff.

It’s all in our genes and genes are based on one principle, survival.

Yossi’s story of surviving the Amazon takes us on a journey of self discovery, through his incredible challenges (only a few of which we’ve touched on here) we get an insight into the strength of the human spirit. Obviously the majority of us won’t find ourselves lost in Bolivia, but we will each face our own internal jungle at one time or another. Yossi’s outlook and understanding of how each one of us can become a hero in our own life will provide us with the tools to succeed and grown both in our personal and business lives. 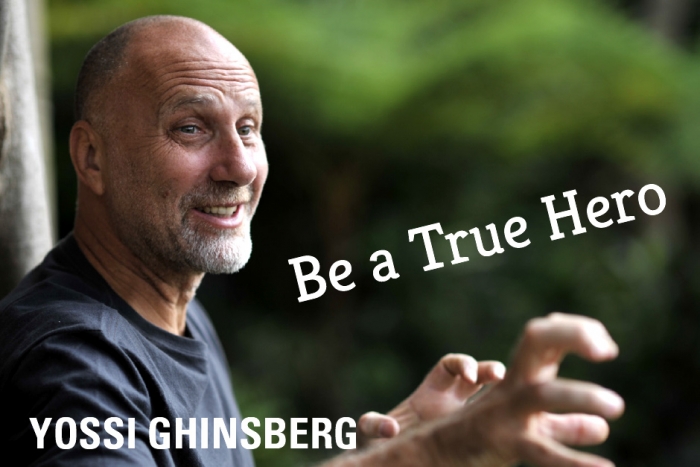 Be A True Hero 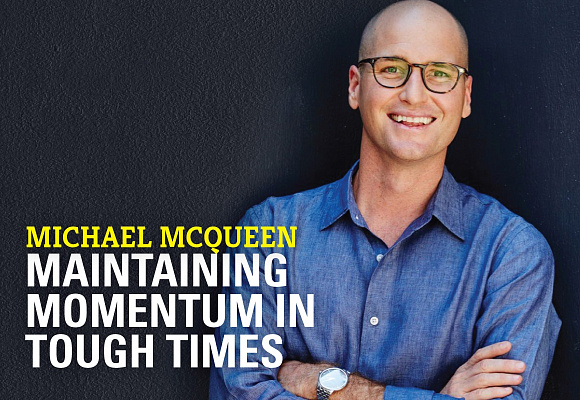