Can Culture Be Created?

Colin James is one of those people that has spent his life exploring cultures, religions, philosophies and human psychology, which makes him uniquely qualified to speak on the subject of motivation and drivers.

In this essay Colin looks at the drivers of the "banking culture" in the wake of the royal commission, and considers how culture in the workplace is one of the driving forces of performance.

‘The Reserve Bank has joined in the condemnation of the culture of Australian banks, warning that the reputational damage they have suffered could impair bank profitability and resilience…’ was the opening paragraph in an article by Karen Maley in the October 12th Financial Review. The subsequent Royal Commission report identified ‘bank culture’ as a key driver to some of the appalling practices we all heard about. How does this happen? Who created this culture? How did this culture take root?

Culture is the emergent set of behaviours based on beliefs driven by values leading to identity. If you are not creating culture then you will be cultural compliant.

Workplaces are essentially the same. Groups of people gather together to do some ‘work’ (activity) against as defined set of rules (standards) supported by a bunch of stuff (systems) with some people supervising the whole thing (management) all with the intent to ‘make’ something (production) for other people (customers). How this is done varies dramatically.

Salesforce has achieved the ‘Best Place to Work’ award four years in a row. They sell software. There are a bunch of software companies. What are they doing differently that makes it the ‘best place to work’?

In a word, culture.

Marc Benioff, founder of Salesforce, initiated this culture. The overriding cultural signature is Ohana – Hawaiian for family – and it is a real, living, breathing aspect of daily life in Salesforce. People follow Ohana principles.

Add to this is their number one value – Trust, supported by Innovation, Customer Success and Equality. Everyone knows these. They are part of every day conversation. It’s how things are done around Salesforce. It’s the Salesforce story.

Banks used to be places of service. Banks were a trusted partner in everyone’s lives, in everyone’s town (suburb) with the Bank Manager being a person of standing and respect. In the late 80’s the culture moved from a service culture to a sales culture. Bank Tellers who once loved serving customers now were ‘forced’ into selling to customers. The culture changed. Driven by the leadership. Bonus driven leadership. Profit became the story.

Culture is therefore created – every day. Leaders are critical in initiating and maintaining culture through example, reference and ‘telling the story’.

The goal? Followership. People want to work in places that are stimulating, respectful, aspirational and focussed on doing good stuff. This attracts the best.

What about workplaces where the culture is highly political, factional, territorial and driven by gossip and mistrust? How does this happen? Simple: poor leadership, no adherence to values and no story worth telling. People work in these places not as ‘followers’ but as ‘compliant passengers’… hoping to win lotto whilst fishing with their resumes in the ‘marketplace’.

Finally, you contribute to the culture of your workplace everyday. If you are waiting for leaders to show the way you might be disappointed. Unless you have exceptional leaders then don’t lower yourself to their current standards. Become the reference on ‘how to do things around here’ through thought, word and deed. That’s leadership. That’s culture creation. 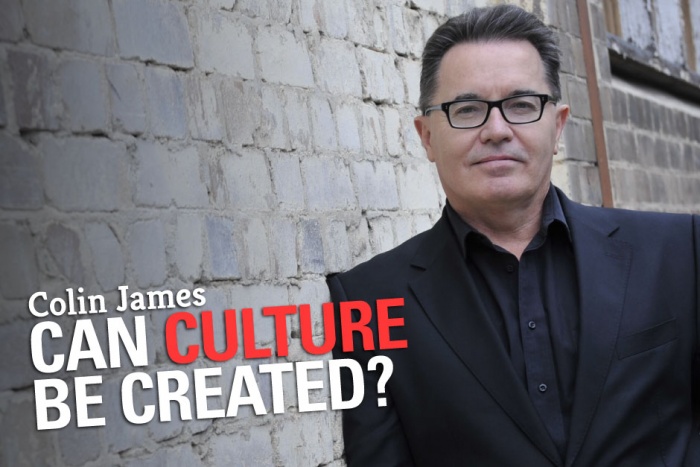 Can Culture Be Created?