Predictions for the rocky, fascinating year ahead

The new financial year kicks off on 1 July 2012 and having watched the economy and financial markets for more than two decades, these calendar benchmarks are a good time to take stock, look ahead and think about the issues that are likely to impact on businesses and personal finances.

Before doing that, there is no doubt that in the last month or two, there has been some great economic news in Australia.

GDP growth has picked up to a world beating 4.3%; inflation has fallen to 2%; the Reserve Bank has slashed interest rates and the unemployment is around 5%.  What’s more, the Government is moving the budget back to surplus.

Despite this unarguably good news, there remain some dark clouds:  The world economy remains in a deep funk with the epicenter of the problems in Europe.  In Australia, house prices remain weak and share prices are in the doldrums, unable to sustain any break higher.

I have identified five key issues for the year ahead:

Already low, interest rates should still move lower.  The problems in Europe will spill over to a generally slow performance for the world economy.  In Australia, this means that the prices we get for our commodities will fall.  It suggests that share prices will remain flat, stuck at levels well below the 2007 peak.  This together with weak house prices, means that we consumers are losing wealth.  This makes us increase our savings, scale back spending and as a result, the economy softens and inflation falls.  With inflation remaining low, the Reserve Bank will keep interest rates low with a few more cuts likely in the year ahead.

House prices have dropped about 7% in the last two years – but they are still expensive.  Even with lower interest rates to help mortgage holders bid up prices, new home owners are still finding it tough to get a deposit together to enter the market.  Increasingly, they are renters, not buyers. While a house price crash is very unlikely, the general caution from consumers and a bias to boost savings is likely to keep house prices in check – watch for a further small fall in 2012-13.

A Big Gap in the Two-Speed Economy:

The gap between the sectors in the fast lane and those in the slow lane of the two-speed economy will remain very wide.  Mining is booming; manufacturing, tourism and the retail sector are soft.  Western Australia is growing faster than China, while the Eastern States muddle along.  With the mining investment boom still unfolding, not much is going to change here.  Lower interest rates will help to soft side of the economy, but the broad trend will remain.

Even if you don’t travel overseas or run a business that relies on imports or exports, the level of the Australian dollar matters.  Much of what we buy is either imported or have imported components.  The economic scenario mentioned above means the dollar is likely to weaken through the year.  It will be damped by a soft world and falling interest rates.  How low will it go?  Well, a level around 90c US could be on the cards unless of course we get some pleasant surprises in the global market environment.

The next Federal election is not due until the latter part of 2013, but this does not mean politics will not be important.  It will!  With the polls pointing to a probable victory by Mr Abbott, his policies will no doubt come under increasing scrutiny, while the Labor side under Ms Gillard will run on its record for the economy, jobs, low interest rates and reform.  Get set for more concerns – some real, some imagined - about how politics and the alternative policies will impact on people as the election looms.

As always, a rocky and fascinating year ahead. 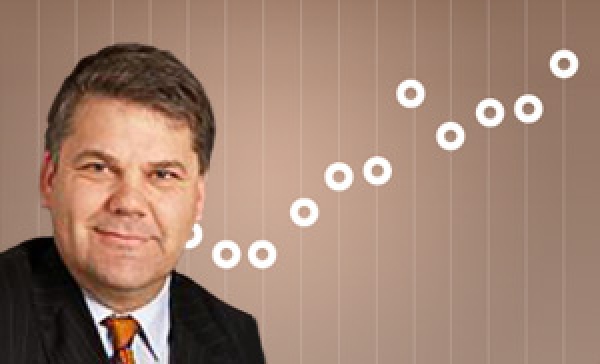 Predictions for the rocky, fascinating year ahead