What The Budget Means For You

Budget, Budget, Budget. That is the word occupying the minds of economist, CEOs, parents, working mums and students alike. But as the results from the commission audit are released, Stephen Koukoulas gives us an insight into just how the government will come up with these figures and his take on what this means for the average Australian.

In light of the humbug of the 'budget never returning to surplus unless we cut the tripe out of spending', I though it interesting to revisit the sensitivity of budget forecasting to small changes to the economic parameters.

The Commission of Audit finding that Australia will be dogged by perpetual deficits is based on a range of economic projections which assume the economy maintains an output gap over the next decade (real GDP growth never above 3%), nominal GDP growth averaging 4% for the next three years and then only rising to 5.5% thereafter, the unemployment rate remaining at 6% for the next decade and a falling particpation rate.

These forecasts may be right, they may not.

My simple budget forecasting spreadsheet shows that if we change slightly some of those projections and in two of the next three years, real GDP growth hits 3.5% as the output gap closes, if nominal GDP is 0.75% higher in those two years, and the unemployment rate ticks down to 5.5% within a year and then drops to 5% by 2016-17, there are surpluses within three years and that surpluses remain and get larger out to 2023-24

Putting in very weak numbers and the budget deficit blows out to above 5% of GDP within five years.

And these different results make no allowance for policy changes – they assume the current policies remain in place.

This is what I call the budget deficit sausage machine.

Plug in the economic parameters you need and you will get a particular budget outcome. Indeed, any outcome you want. This is what happened with the MYEFO when the growth outlook was revised sharply lower and therefore underpins the Commission of Audit reports.

It is something that I wrote on for Business Spectator last year. The article can be found here, http://www.businessspectator.com.au/article/2013/8/30/politics/sausage-machine-approach-budget-estimates   but it is reproduced in full below.

Just add tomato sauce and get whatever numbers you want, just like the Audit Commission and its salami of the outlook.

The focus on policy costings in the election campaign has reached the point where everyone is a winner and everyone else is a loser when it comes to working out how much each policy will cost (Abbott's secret plan forced Rudd into error, August 30).

One would have thought that the revenue miscalculation over the mining tax or the error made by Treasury on the expected revenue from the goods and services tax over a decade ago would have underpinned a more sober analysis of how much revenue a policy will cost or how much it will collect.

I will use a stylised example to show you how policy costings work and how the process can be abused.

Let's assume that you want to introduce a goods and services tax of 10 per cent from the start of next year. No more, no less.

How do you work out how much revenue will be collected?

The critical, absolutely critical, starting point is having an estimate of how much consumers will spend on goods and services from next year. I hope that is obvious.

The first thing to do would be to go to the Forecasting Section in Treasury and say, "What is your current forecast for consumer spending over the next four years?"

Just say that a few months later you go to the same Forecasting Section with EXACTLY the same policy proposal – that is, a 10 per cent GST.

The Forecasting Section might come back and say that because of the terms of trade decline, the unexpected strength of the Australian dollar and the softness in wages growth, in year one consumer spending is forecast to be $95 billion; in year two $99.75 billion; in year three $104.74 billion and in year four $109.97 billion. It is still the same 5 per cent annual growth in the estimates, but the starting point base is lower, for obvious reasons.

As a result, the total revenue from the GST will be $40.95 billion in this example – some $2.16 billion less than originally assumed.

Yowzer! Here is the first possibility of a black hole.

It is that simple.

Then, assume your weak-hearted finance spokesperson decides to exclude health spending from the GST. The Forecasting Section may note that health spending, as a proportion of total consumer spending, is increasing. This will mean that the size of the pot from which the GST is being collected is shrinking relative to overall consumption, and thus the GST will not be a tax that keeps pace with consumer spending. The calculation will be complex but of course is doable, and is based on assumptions about aggregate spending and, within that, spending on health services.

Let's look at something as complex as paid parental leave – the Coaltion's plan, that is.

Now look at the 1.5 per cent levy on company tax to pay for part of the PPL scheme. How much will the company profit base be in 2015-16? Thirty billion dollars? Thirty-five billion? How much revenue will be collected under each scenario? Will profits be stronger because of an economic boom, or weaker because of a downturn? Take your pick.

I hope you can see the issues with costings in these couple of examples.

This is the very point, the only point, that the Secretaries of Treasury Martin Parkinson and Finance David Tune said in their press release yesterday.

In their most polite, bureaucratic way, Parkinson and Tune said: "Different costing assumptions, such as the start date of a policy, take-up assumptions, indexation and the coverage that applies, will inevitably generate different financial outcomes."

And so it was with the costings they prepared earlier this year, that Treasurer Chris Bowen and Finance Minister Penny Wong released, showed a difference between Treasury estimates and the latest Parliamentary Budget Office forecasts. There is nothing else to go on because the Coalition has refused to release details of its costings.

The press release from Parkinson and Tune highlights the point that the Coalition is hiding its costings assumptions, at the very least. What have they assumed?

We also know the PBO has not costed all of the Coalition's policies. Who did?

It is easy to cost most policy changes. This is why a number of credible and not so credible economics consultancy firms try to make their mark with a simple sausage machine approach to budget estimates. 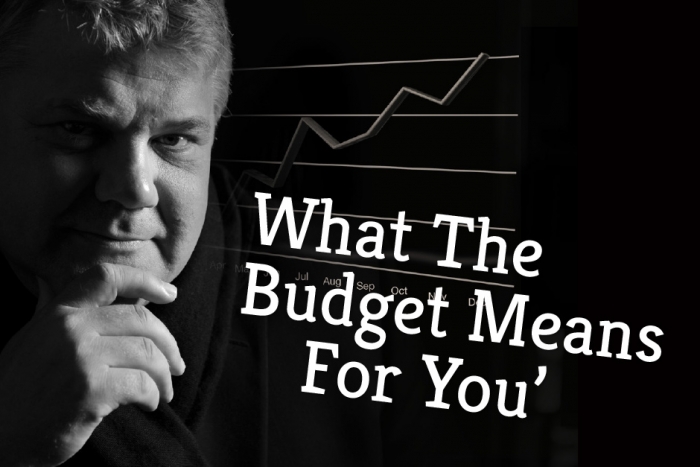 What The Budget Means For You