What's Ahead for Australia

We know the good times are over – the only questions are how long and how deep the weakness will be? Stephen Koukoulas provides an economic projection for the future.

A government with a tiny majority, a Senate dominated by small self-centered parties and a negative outlook for Australia’s triple-A credit rating. We know the good times are over – the only questions are how long and how deep the weakness will be. It may not be a recession, but a period of soggy, disappointing economic growth will be the new norm.

The implications from July's election are becoming increasingly clear. At a time when some hard headed policy decisions are needed to avoid a formal credit rating downgrade or two, the nature of the Parliament will make it less likely that those decisions will be advocated by an already timid Turnbull government. It has no capacity to lose any electoral support so it is more likely to put politics ahead of policy.

Just as important is that if or when a meaningful policy reform is advocated, getting the necessary legislation through the Parliament will be difficult with the hotch-potch of Senators likely to demand a trade-off for the legislation to pass.

Making the political and economic climate all the more problematic is that since the budget in May, the economy is weaker which means that the budget repair task has become even harder.

Already ratings agency Standard & Poors has placed Australia on a negative outlook for its credit rating. It is sending a warning that the government will need to cut government spending and increase taxes to lower the budget deficit or else the coveted triple-A rating will be gone. As the Reserve Bank of Australia watches these events unfold, it will be compelled to cut interest rates from already record low levels. It will do so because attempts to impose extra taxes and any cuts to government spending will slow the rate of economic growth at a time when the economy is already just muddling along.

It is not fanciful to think the cash rate in Australia will be cut to 1 per cent, perhaps lower, in an effort to offset the negative effects of any budget tightening and a loss of confidence in the Australian economy.

It is not a scenario that is constructive for the near term economic outlook. In the recent budget, Treasury was forecasting GDP growth of just 2.5 per cent with the unemployment staying at a high 5.5 per cent over the next few years.

This outlook now looks optimistic. While a recession remains unlikely, there are clear signs of weakness in consumer spending, business investment is falling and housing construction activity is at a peak and it set to turn lower into 2017. The saving grace for the economy is export volumes – that is tonnages of iron ore and coal sent around the world and is based on extra tourists and students visiting Australia. These are strong parts of the economy, aided by the weaker Australian dollar.

The big question for the economy is house prices. Will they fall? If so, how sharp will the falls be?

While the level of house prices that is something largely outside the control of the government, the economic consequences of a house price slump, if there is one, would be a disaster.

One only has to witness the economic fallout from declining house prices in the UK, Ireland, Spain and the US, to name a few, to see the economic mayhem from a house price decline. Recent data shows we are arguably building too many dwellings – there are anecdotes of property gluts in Brisbane, Melbourne and Canberra and already in Perth, where the mining slump has hit hardest, house prices are down 9 per cent since the start of 2015. A substantial fall in house prices would be a disaster for the economy.

This is the scenario that the new government is confronting. It is a tough outlook which will involve long negotiations with the minor parties in the Parliament to get any reforms through. 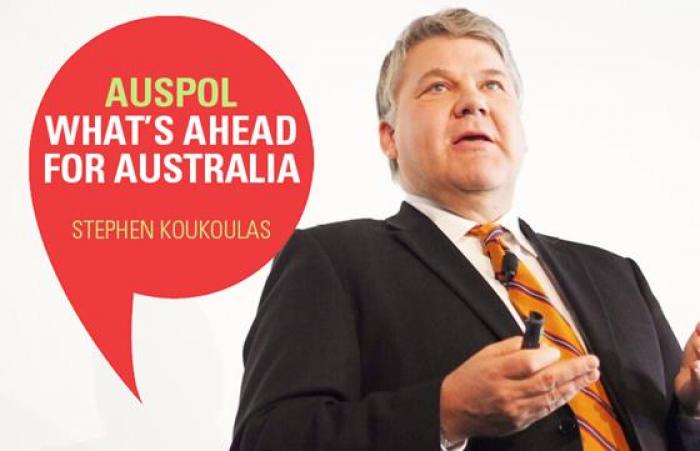 What's Ahead for Australia

Activate a state of calm courage