I recently took the bold step of deleting Facebook... and the experience was incredibly revealing.

Now I guess I should be clear up front. I haven't dropped out of the Facebook world entirely – doing so would spell almost certain death socially and commercially. However, a few weeks ago I did take the dramatic step of deleting the Facebook App off my smartphone and only checking my feed when on my laptop.

This is a big deal for me.

Like most Facebook users, rarely did more than 5 minutes pass without me checking my newsfeed. Any spare moment of time was consumed with incessant and unconscious scrolling to see what new update, photo or check-in was worthy of a like or comment.

But in recent months I have started to question my unthinking and habitual use of social media. As I explored in a recent post on this theme, I have started to wonder whether a constant exposure to the lives, opinions and running commentary of others is helpful or not.

My conclusion is that it isn't.

Being a few weeks in to this little experiment now, the experience has been an interesting one. Three insights have stood out:

How much more capacity I have.

With the margins and moments of life freed up to think rather than observe and absorb the lives of others, I have found that creativity comes more easily. In fact, the number of times I unthinkingly reached for my smartphone only to realize there was no point, underscored just how unconscious and time-consuming my Facebook habit had become.

How I am no longer as highly strung.

One thing I began to notice in recent months was how absorbed I became in every conceivable issue or social soap box that popped up in my news feed. Whether it was heated debates about gay marriage, climate change or politics in general, one thing I haven't missed since deleting Facebook is the incessant and sometimes vitriolic slanging matches that it tends to facilitate.

Naturally, social media is a great place for open discussion and the inclusion of perspectives that are unlikely to get airtime in the mainstream media. However, it can too easily become a combative environment where opinions are shared too readily and offense is taken too easily. 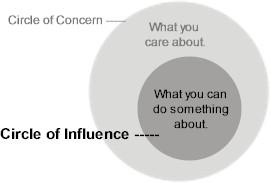 Conversely however, when our circle of concern grows larger than our circle of influence, this can result is a sense of powerlessness, anxiety or even cynicism. This is natural when we grow aware of things we can do nothing about. After all, if ignorance is bliss, awareness can be incredibly stressful.

Social media has resulted in each of our circles of concern growing exponentially larger in recent years. We know more about problems and issues than we ever have – and yet our ability to influence these things has remained largely static. I for one have often found this a great source of stress and disquiet at times.

How much less narcissistic I am.

Like so many social media users, I have fallen into the trap in recent years of using Facebook to project an image of my life that is as glamorous and exciting as possible – don't we all? Every new city I land in, every minor accomplishment or moment of accolade was broadcast to the world.

I recently had an honest look at my motivations in doing this. Is a parading of my life's highlight reel of any benefit to me or anyone else? Apart from some subtle ego stroking, I must admit that I think the answer is no. Since weaning myself off the Facebook drug I have actually had a number meaningful moments and achievements which have not been shared - and I'm quite sure that the world is no worse off for me not having broadcast them.

All the above said, I must admit that I do love social media. Very few other modes of communication have facilitated such widespread sharing and connection. It is a wonderful vehicle for rekindling old friendships, sharing in the ups and downs of life with those living afar, and keeping a birds eye view on the social state of play in various networks of friends. However, maybe others like me are experiencing a little Facebook fatigue? If this is you, perhaps you could go cold turkey like I did – you may enjoy the process and find it more rewarding than you think! 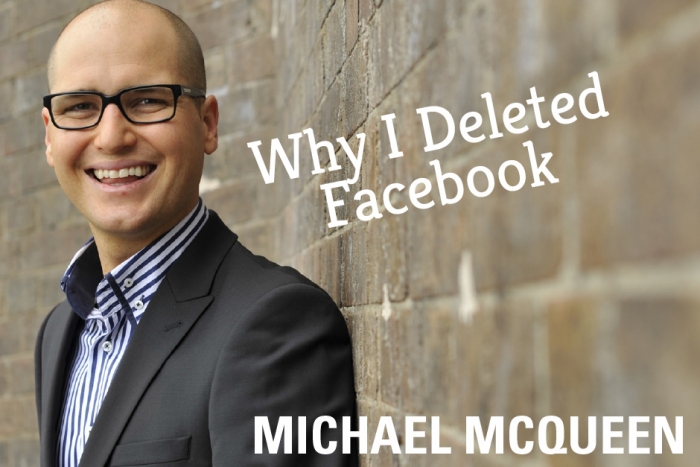