Robert Scoble reins in on what's next in tech. Welcome to the future.

#1 On Demand Economy and Frictionless services

Uber is the best known of the frictionless services. This service lets you pull out your mobile phone, order a ride, see the ride coming toward you, pay for the ride without touching anything or pulling a card or dollars out of your wallet, and even gives you a much nicer receipt at the end for your expense report. Uber it is hardly alone.

Sprig lets you get a salad delivered to you in minutes for $10 (in San Francisco). Tapingo lets college kids buy nearly everything from their mobile phones. Downtown app lets you get coffee and food delivered right to your table thanks to a mobile phone app at Coupa Cafe and a few other places in Palo Alto. HouseCall lets you order a variety of home-based services in San Diego.

How do I know these things are the future of business? Well, the Downtown App alone increased sales 20% in the first week. Getting rid of friction increases sales.

But let me focus on Tapingo, which just closed a third round of funding, totalling $36 million.

This company, started by Daniel Almog, who was a surveillance officer in Israeli Army (his dad cofounded Zoran and is a very successful venture capitalist), already claims to have 70% of the transactions at Santa Clara University.

What does it do? Well, it lets college students order a variety of things. Say you want a mocha from your favorite coffee place. Tapingo lets you order that from your bed before you get up. It then tells you when it will be ready. In the restaurant there’s a box that Tapingo installed that lights up, beeps, and spits out a receipt that goes into the normal workflow of the coffee shop.

The student then picks up his/her mocha at the assigned time. The system automatically charges the student and sends a receipt.

How do these systems work? Well, Uber uses Paypal’s Braintree for payments and uses Twilio to obfuscate phone numbers between driver and passenger (when you call the driver to, for instance, tell him/her you moved locations, it makes that call via Twilio’s service so that neither you, nor the driver know each other’s real phone number. Protects against stalking behavior).

But there are many other parts of these frictionless services, too. Most keep a score on both employee/contractor and customer. In Uber, for instance, if you are rude to a driver, the driver can give you a low score, which might affect whether or not you get picked up in the future (and the customer certainly can do the same to the driver. Uber claims to fire drivers who get more than a couple of bad reviews).

Other “friction removing” systems? Parkwhiz, which puts a sensor on parking spots and lets you see if parking is available long before you arrive. My Stir desk has a sensor, which reminds me I’ve been sitting too long. Wattcost, along with a ton of other home automation companies, like Nest and Dropcam, remove friction by reminding me when I’ve left on power-wasting devices, or by automatically reducing the heat or air conditioning because they sense I’m not home, or, even, saving me from getting off the couch to see who is at the front door.

Every business will need to rethink what they are doing. Some questions I’m seeing asked:

1. Is the customer really in charge? Do they have transparency into everything? (Do they know where their ride is?)

2. Is your business studying everything? Every click? Every interaction? Are there new sensors or ways to know where your customers are or what they are doing? (Vintank, for instance, helps wineries track any time people talk about wine on social networks).
3. Have you looked at using the latest technology like Bluetooth Smart Beacons (AKA iBeacons)? These are being used at the Coachella Music Festival to track all sorts of things for their customers and the businesses that Coachella serves, too.

4. Does your business communicate with its customers through notifications on mobile phones? If not, how are you going to get there? In fact, Google Chrome just added notifications to desktop browsers. More on that on Techcrunch here.

Are you building a system that removes friction from mobile users’ lives?

Here’s my slides from a recent talk, which was picked by Slideshare as “presentation of the day”.

In 2016 the world belongs to Virtual Reality. But lets define terms. VR, to me, is instantiated in a modern set of products from Oculus Rift, Valve Vive, Samsung Gear VR, Merge VR, to Google Cardboard. In these products you do NOT see the real world. Or, if you do, it’s through a camera that is then mixed into a virtual image. For instance, see this demo of Occipital’s new Structure Sensor. Here a viewer wears a device that ONLY shows him virtual images, and you can’t see through it to the real world.

AR, or Augmented Reality on the other hand, means that I look through screens to the real world. So, I see virtual items overlaid on the real world. I don’t believe that AR will be widely used in 2016 by consumers.

For a good look at the state of the art of AR systems, watch my video where you see ODG’s latest R7 glasses. These are quite stunning, more on them in a second.

The reason consumers will largely go with VR in 2016 and not AR comes down to two things:

1. Emotional tie. When I watched people coming out of Oculus Rift demos at CES they said things like “holy shit” or “wow” as they exited. Why? Oculus is highly immersive. It gave me vertigo. In fact, one of the fears of these things is that they will give you motion sickness. But a product that can make you feel like you’re about to die because of a fall, or make you ill from motion, has an upside: you’ll tell all your friends to come over and check it out.

2. Price. ODG’s glasses are $2,700. Hololens? Don’t yet know. But even Oculus is going to be hard for consumers to swallow (a complete system is $1,500). Serious video gamers, though, are used to paying a lot for their hobby, and, since Oculus and Valve’s VR systems are going to be aimed at those people, they probably will do quite well.

3. Content. Let’s be honest, it’s a lot easier to create content for a VR system than overlay a virtual image on top of the real world and have it be compelling. I know lots of people are working at companies like Meta, ODG, Microsoft Hololens, and Magic Leap to bring a compelling use case to AR, but they just aren’t ready yet.

4. Technology expectations. Users will put up with a LOT of latency on head tracking units where they won’t put up with the same latency on AR systems. How do I know that? Meta’s CTO told me that. Getting latency down (the lag you’ll feel when you move your head around) will be a much harder technological challenge, which means the price will remain fairly high until Moore’s law flips a couple more times).

Now, that said, if you extend the timeline beyond 2016, then I agree that AR starts to be very attractive and, I assume, all the VR systems will merge into some form of AR system anyway.

Businesses will want to get into AR systems sooner, I believe. ODG is already being used by surgeons and mechanics, amongst other enterprise users, to do various tasks. Those use cases don’t mind the $2,700 price point and other limitations.

Who is winning already? Mobile-based AR, with companies like Blippar where they are already seeing $80 million in annual sales.

These insights and more can be discovered in Robert's email newsletter Life and Tech. Subscribe at http://eepurl.com/bjalx5 & follow Robert on his social networks Facebook and @Scobleizer on Twitter to ensure you never miss a beat! 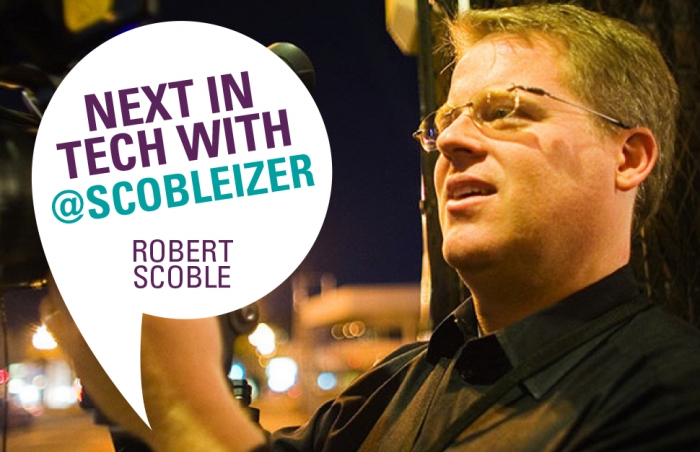