Brett King is a globally renowned speaker and expert on shifting trends in banking. Technology & IT trends are the two biggest disruptors in finance, and the shifting demands of consumers is ensuring that further evolution in how banks interact with their stakeholders, via websites, apps and wearable tech, is absolutely vital for their survival.

In this blog post, Brett outlines the ways in which banks will need to evolve their IT / technology strategy to ensure they keep their customers engaged.

In 5 Years, 50% of revenue will be digital but where’s the revenue going to come from?

Mobile use is exploding in the banking scene. If you are a retail bank today in the developed world and you don’t have an app for your customers, you are increasingly becoming an exception. Certainly almost every bank in the world today has some form of Internet website and Internet banking capability. However, for most banks, the web and mobile are considered costs – platforms that certainly improve service levels, and lower costs of servicing customers, but that are a net cost to the business.

That’s ironic, because today we have entire businesses that have been built off of the back of revenue from web and, more recently, mobile. If you take the market cap of Alibaba (expected to be north of $150Bn at IPO next year), Amazon ($165Bn), Facebook ($125Bn) alone you already have more than half a trillion dollars in value that is generated by pure-play online commerce.

The disruptive nature of pure-play web retailers has been well documented, and now researchers are starting to quantify specific effects such as so-called Amazon “showrooming” where customers go to traditional retailers[1] to try a product, but buy it on Amazon for price. Modality shift of purchase, for example, the shift in music or book buying behavior, has been as equally disruptive from traditional business models and revenue. This year iTunes turned 10 years old, and in that time music sales in physical storefronts has plummeted by more than half[2]. In 2012 1.4 Billion digital singles were sold in the US alone, which is 7 times the number of CD’s sold in-store during the same period. If you are a record label and you don’t have a digital distribution plan, you’re screwed.

Showrooming has emerged as a threat to physical retailers business models

Most retail banking leads I talk to express that their primary concern is that total revenue will suffer, if either support for branch wanes from a consumer perspective or if the bank pulls back on branch budgets or investment. The reality is, however, that in most developed economies there is already clear data showing reduction across the board for branch activity whether it is transactions per month, average number of visits per customer per year, or indeed the most critical measure, revenue per product line. We now understand that for products like Mortgages or Account Opening[3], that web is a key driver for even branch revenue, accounting for 2/3rds of branch traffic for those products.

Most retail banks still overwhelmingly seek to drive to branch as a the default conversion measure for advertising and marketing activities. Married with compliance requirements that often still require in-branch IDV or KYC, and you have a ton of false positives for the remaining branch activities that still produce revenue.

What we know is that just like bookstores and music stores, once the instinct of opening a bank account switches from going to a branch, to downloading to your phone, the physical storefront experience is at threat. Which makes the need for web and mobile revenue absolutely critical for a retail bank.

Ok, so then why are banks historically really bad at delivering revenue online and via mobile?

The historical use of web

For the companies and organizations that published the first, early websites back in the early 90s[4] – the web was a publishing platform. However, by 1995 companies like PizzaHut.com and others were experimenting with what we started to call “Brochureware” – information on products and services that would drive sales. In 1995, many companies were starting to drive revenue via web, including the likes of Amazon.com, WH Smith, Tesco, Virgin Megastores, Interflora, Dixons, PC World and others. The web was now a fully fledged sales channel.

However, Retail Banks never quite saw the web that way in the early days. Primarily because you couldn’t sell bank products and services unless you were a bank, and there just weren’t that many pure-play Internet banks that were built independently of branch networks. So the primary use-case for the Internet became “Internet Banking” – basically a cheaper way to allow customers to transact and do day-to-day banking stuff, instead of requiring them to come into a branch or pick-up a phone. For most banks this was about “channel migration” or reducing the cost to serve customers.

This is why most bank websites in the 1995-2000 timeframe were essentially gateways to a login facility for access to ‘secure’ Internet banking. It is also why the IT team owned web at this stage of the platform’s evolution – because the primary requirement of web was functionality, transactional stability and security. Not revenue.

As bank marketers saw all these e-Commerce businesses growing they demanded access to the bank’s public website platforms to market the brand and sell specific products, but even in 2000, fully five years after Amazon had launched their online bookstore, banks were still only able to rustle up primitive product brochureware. Primarily this was a compliance and process problem. There was simply no way to accept a product application digitally via a web form. Many banks I worked with at this stage either printed out web forms and submitted them to the product teams who handled applications via the branch network, re-entered them in to the same systems the branch teams used, or simply asked customers to ‘fax’ the form to their branch. E-Commerce didn’t really exist for banks at the turn of the century.

When it comes to digital then, we’ve had the web grow up fractured. The public website was owned by marketers who could push messages and campaigns out via the website, but were heavily restricted in terms of what could actually be sold. The assumption was still you would read about a product online and then visit a branch to apply.

Whereas, the secure online banking website was owned by the IT guys who were there to ensure a stable and secure transactional banking experience, but were not measured on a revenue basis. So for the first 6 or 7 years of most Internet banking portals, revenue remained absent. In fact, for many banks today revenue is still absent from behind the login. Which is ironic, because up to 95% of day-to-day web traffic ends up clicking on the login button.

Banks are almost the only businesses that deal with digital this way today. Every other retail business, with the exception perhaps of some utility companies, see the main function of the web as delivering revenue. Banks have always fought this instinct based on the risk of cannibalizing their branch network or on the basis of compliance resistance.

Imagine if Amazon built their websites with the same approach as banks today, you’d have a website that would allow you to look at the entire book catalog, but when you wanted to buy a book would generally force you to visit a physical book store. For existing Amazon customers under this modality, the only real thing you could do online behind-the-login perhaps, would be look at the books you’ve previously bought. When you think about it this way, banks have really screwed up digital when it comes to revenue.

Airlines like Delta or British Airways now generate upwards of 80% of their revenue via digital today. In my opinion, that is what banks could be doing today if they simply enabled revenue digitally.

When it comes to revenue in the coming pro-digital channel era, no revenue is really bad revenue. It makes no sense to favor branch-derived revenue over revenue from mobile, web, tablet or other channels like an ATM, unless you are desperately trying to justify the ongoing existence of the branch itself. You might argue potential for fraud is a reason for physical IDV and in-branch bias towards revenue, but that still assumes that the identity thieves can’t compromise a physical identity and that the best channel for a customer will always be a branch.

By the end of this decade, just 7 years away, based on the decline in branch activity today, retail banks in the US, UK, Australia, Germany, France and Spain (to mention a few) are going to have to deliver at least half of their revenue via web, mobile and tablet to remain viable. For many banks their lateness to the party on this front means that they will have to outsource acquisition to partners that are already well connected with digital communities of target customers, and competent in positioning offers and products. This will actually serve to further increase the cost of acquisition for basic products from where it stands today, and further erode margin. Not good from an industry perspective.

For revenue to be delivered efficiently the silos will have to disappear. The compliance team will have to start working as consultants to the business to legally unlock revenue opportunities in real-time, or based on the needs of customers that emerge. The campaign marketers who have long battled to raise product awareness and kick that customer into the branch funnel, will find themselves with decreasing CPM effectiveness and decreasing budgets, those budgets having moved to more responsive product experiences or customer journeys.

The key skill sets in this new world will be the data scientists that understand when, why and how customers use bank products, and the storytellers that can place the product or service in the customer’s life when and where they need it. Not pull me into a branch, so I can jump through the risk process. 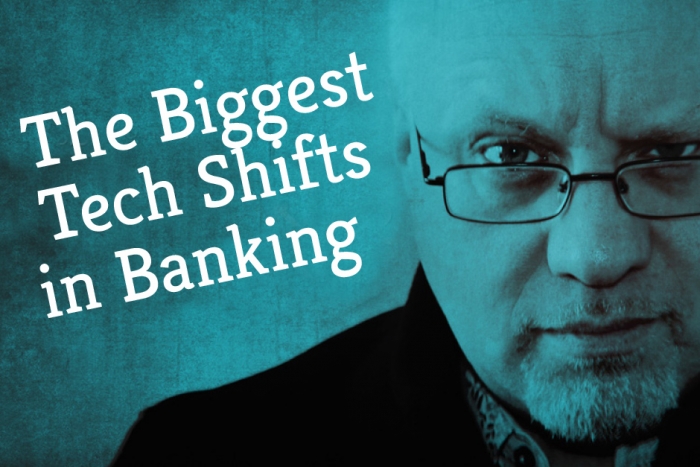