What drives the Millennial

If there’s one question that dominates conversations I have with leaders and executive teams around the world, it is this – What do young people want?

Perhaps Mel Gibson could reprise the role he played in What Women Want as a man who can now hear the innermost thoughts of Millennials and Gen Y’z & Z’s. Of course, the question itself seems to suffer from the same tone-deaf judgment that his character demonstrated in the movie, so perhaps the moral of the original film holds here too.

Now, before I endeavor to solve this puzzle, let me first point to some of the other limitations of such a question:

Firstly, the concept of “generation” is a manufactured one. There are no generations only people born in a particular space and time, divided by lines that we’ve imagined – much like nationality. Having said this, we should also acknowledge that a shared space and time might provide access to similar experiences, creative input, threats and values challenges that can unite a group. Although, this too, can cross these imaginary lines.

Secondly, there is a huge assumption of homogeny within a generation, and yet the generations are about as homogenous as other groups who are often lumped together for reasons of commercial or political convenience - women, liberals and conservatives and even national identities. The reality, however, is that all of these groups are made up of both shared values as well as a widely varied diversity.

Thirdly, the answer must necessarily be measured against the filters and biases of the questioner and those who provide the answers. In this case, I am a Gen X male of northern European ethnicity who was raised in a country with free health care, compulsory education and a social system that set me up for success.

So, these rather enormous caveats aside, let’s dig in.

In truth, much of the values and beliefs of the next generation are not a million miles away from those who preceded them. Where there is some disconnect perhaps, is in terms of their expectations. And where there are expectations, there is an expectation gap.

This gap is best explained by the equation: Disappointment equals Expectation minus Reality. In other words, the greater our expectations, the more likely our disappointment.

It is this understanding of our expectations capacity to disappoint that led ancient Greek philosophers such as Lucretius and Epicurus to advise that happiness was to be found in moderating our ambitions and in a satisfaction with “enough”.

Of course, it could also be argued that this satisfaction with “enough” might also leave us bereft of innovation, exploration and elevation – all of which have done much to add to the experience of life.

However, this is an important point with regard to those who come after us. They have been sold a dream of wealth, fame and influence. The guilt for this lies in helicopter parents, movies, novels, reality TV and of course advertising.

It would be very easy to dismiss this as naïveté, although a more pragmatic response would be to consider how this knowledge is useful.

Another issue we stumble across in this investigation is that young people, viewed through the eyes of their forebears, not only in 2017, but throughout history, have tended to have been ascribed negative character traits – laziness, rudeness, arrogance, disrespect and the like.

This is to misrepresent them, or to at least only partially represent who they are. To the above list I would also add uncompromising, caring, future-focused, collaborative and even entrepreneurial.

So what does this all mean in terms of understanding what drives younger generations and how might we best engage them? A few suggestions:

If this generation wants to be heard, be visible, be influential, how might you facilitate this in a mutually beneficial way. How do you acknowledge their contribution, elevate them amongst their peers and demonstrate that perhaps professional or social fame is more satisfying than occupying a house with cameras trained on you 24/7?

If this generation is more entrepreneurial that previous generations, and I would argue that they seem to be, then this is precisely the kind of thinking modern organizations need to welcome.

So too, their focus on sustainability and care for the future, are values that the rest of us tend to fake with our CSR hats on.

Through this lens, their differences and positive characteristics are immensely valuable.

There is something a little galling about a young person who feels they have what it takes to lead on the first day, that’s a given. However, it is a leader’s role to trust those in our charge with responsibility. Building a sense of trust with a measure of accountability is in fact the very definition of leadership.

It is also what most young people, certainly the best of them, are actively seeking also.

Develop your sense of empathy

Rather than approaching the world from a position of what’s in it for you, adopt a “What’s in it for them?” frame of mind. This will not only allow you to be more effective in your leadership and communications with the younger members of your team but also demonstrates a willingness to seek out their counsel.

One of the most powerful tools any leader possesses is the question, “What do you think?” This not only acknowledges another’s presence but also their capacity to contribute. 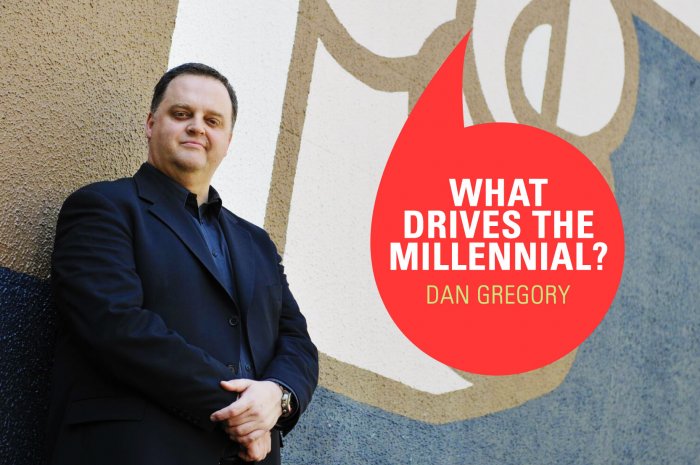 What drives the Millennial