Why All This Change Is Hard To Do!

When I was an academic (in a previous life) I noticed that people in this environment were drawn to complexity. They would always find the most complicated way to explain something and always gravitated towards the most complex solution to a problem. My take on the driver for this behaviour was two things:

The problem was that this attitude made the material mind numbingly boring. I must have sat through over 300 academic presentations and never stayed awake in any of them. However most importantly it hampered their ability to teach and pass on concepts. I never had a lecturer help me learn and understand concepts – they just threw information at me.

However when I moved into the business world as an educator, I discovered the amazing power simplicity has. In a meeting with Ralph Norris the CEO of the Commonwealth Bank, I asked him what the biggest mistake we make in business was? His reply was – “We overcomplicate it. I run this bank on five simple principals. Simple principals allow people to learn them fast, remember them and have clarity about what behaviours they have to exhibit”.

My obsession with understanding how people change recently led to a psychologist from the University of Virginia, Jonathan Haidt. He has a change model that I think is one of the best that I have ever come across, because of its simplicity. The model consists of three parts, a rider on an elephant walking along a path. Sounds weird? Let me explain.

Within this model you can see that the logical side has very little control. The rider can pull on the reins as hard as they like, but if the elephant wants to go in another direction the rider can do little to stop it. An example is that you know you shouldn’t text your ex at 3am but you still do. The elephant has the most power in this model.

According to Jonathan, to facilitate change you have to do 3 things:

I have been using this model in my work with companies with amazing results.

I was with a department of a bank. As a group they came up with a goal to become number one in customer service. While that is a great goal what I pointed out is that there is no clear behaviours attached to that goal. How will people change their behaviour to achieve that goal? Upon reflection they then came up with a clear behaviour. ‘Never pass a customer on, do not transfer them to another department and you must solve their problem on the spot’. Since the introduction of this clear behaviour they have seen a sharp rise in their client satisfaction.

I was working with a manufacturing group who were having problems getting people to stick to safety policy. The problem was that the employees saw safety as unnecessary because they thought they were bullet proof and would never get hurt. In my research on the company I found out that the major accidents people had in the company were due to another person cutting corners. In other words when an individual did not stick to the safety policy they put their co-workers at risk. Then I presented to them and talked about how they would feel if their actions lead to a mate being injured or even killed. How would they feel if they took away their livelihood and left their family struggling to survive. I then had a guy in the group talk about when he did not follow policy, which led to a co-worker being seriously injured.

They went from thinking that not paying attention to safety was a cool/brave thing to do. To my actions could hurt my mates. Their elephant was seriously motivated.

A number of years ago I was engaged by a law firm to put in place a work life balance strategy for the senior associates and lawyers. I presented the strategy to the partners and they were on board. Six months later when we reviewed the project it had had little impact. Why? Well the strategy was simple and they knew the exact behaviours they had to do, so it wasn’t that. The elephant was engaged because they all wanted to see their families more and to reduce their stress. The reason it failed was that the partners penalised them when they exhibited those behaviours. The problem was that the partners put barriers on the path.

From now on when you are trying to change anything in your life or leading others through a change process ensure that you: 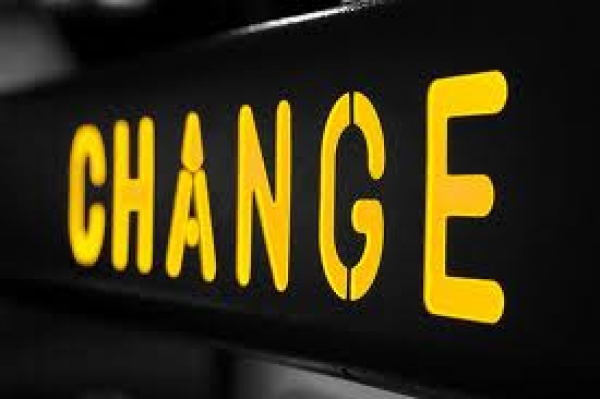 Why All This Change Is Hard To Do!